A Christian World View of Friendship

24  A man of many companions may come to ruin, but there is a friend who 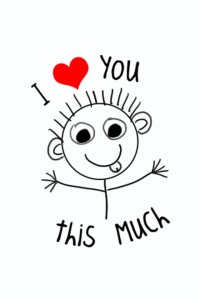 sticks closer than a brother.

We recently listened to the January 27th sermon podcast from Prince of Peace Lutheran Church in California.

Pastor Zelt points out that one can have many companions, but these do not constitute “friends.”

He asks, who has checked their Facebook today.  He also shared some statistics:   the average number of friends is 130; one in every 13 people on this planet has a Facebook page; Half of them log in every day;  71% of internet users are on Facebook; 50% of 18-34 age range –> checking FB is the first thing they do every day, and 28% of them do it while they are still in bed.

We have many, many companions…but not many friends, real friends. The Pastor goes on to relate the story of Yvette Vickers’ death.  She was the star of a few B movies back in the day.  The only one I remember is Attack of the 50 Foot Woman.  (What can I say…my mom liked to watch horror films and movies such as this and I watched with her 🙂  I think we mostly giggled at the thought of a 50 foot woman.)

It turns out that Yvette had been dead for quite some time before her neighbors noticed the overflowing mailbox and the collection of papers on her doorstep.  When someone finally checked they found her mummified body in a room where her computer was.  The last thing she probably viewed was her Facebook page.

We may have many companions but not many friends, in spite of what FB labels them.

2010 AARP studied loneliness:  35% of adults over 45 say they are chronically lonely. Twice as many as 10 years earlier.

The point of this is that as members of the Church we need to be concerned about connecting with people. We need to care for each other, serve each other and help each other stay connected to God.

In a study from the Hoover Institute: (Ronald Dworkin) the following was reported:

Conclusion: The majority of patients in therapy do not warrant a Psychiatric diagnosis. We have outsourced the work of every day caring.

I would observe at this point that this is where the two world views are differentiated.  The Progressive world view does not ultimately rely on a relationship with God.  Their goals are not guided by the Word.  They are guided by a group of people who believe that if they structure the world in just the right way that the Utopia they believe possible will be achieved.  Once again I would suggest you read How Now Shall We Live.

I believe if you read this book you will find out that loneliness is not the only reason for the drastic increase in mental health professionals and social workers.  There are other, even more disturbing reasons.  However, the statement is correct we HAVE outsourced the every day job of caring.  We have also outsourced the duty of charity to the government in the mistaken premise that “they” can do it better.  I cannot disagree more.

Chicago psychologist John Cacioppo wrote a book about loneliness. In an article about his work it says:

“In talks and interviews, Cacioppo often cites a study in which sociologists asked respondents to list the number of confidants they had. In 1985 the most frequent answer was three. In 2004, when researchers repeated the survey, the most common answer had dropped to zero. One-fourth of participants, drawn from a cross-section of the American public, reported having no one to talk to intimately.”

The reasons for the rise in social isolation are multiple and well documented: contemporary American life is less rooted, more hectic, more scattered. Jobs and friendships are transitory; divorce rates are high, as is the number of single-parent households. More people move away from home, and more people live alone—that number has increased by 30 percent in the past 30 years, Cacioppo says.

Onto this landscape, social media erupted—Facebook, MySpace, Twitter, LinkedIn—exerting an influence more complicated, Cacioppo says, than some people might think. “If you’ve got a disability and you can’t get out, social networking is a great boon.” People who use the Internet to generate or enhance in-person relationships also benefit, he says. But when others use online connections to substitute for face-to-face ones, they become lonelier and more depressed. Lonely people are likely to use the Internet as a crutch, the non-lonely as a leverage.

I maintain, if you read my posts, that many of the causes of loneliness cited above are the unintended and intended consequences of the Progressive world view

God calls us to be in relationship with each other and with HIM, not the government.

Pastor Zelt uses four Scripture passages to make his point.  I share them below with some additional thoughts. 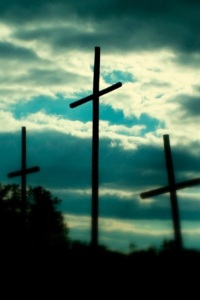 17 A friend loves at all times,
and a brother is born for a time of adversity.

Life can be hard, so we need relationships to help us deal with the stuff life throws at us.  We need a friends to help us deal with life’s challenges.  We need friends, not social welfare programs.  How else can you account for the increased sense of loneliness while the number of professionals and programs has exploded?  And when we outsource the job of caring we tend to become less caring and more isolated.

6 Wounds from a friend can be trusted,
but an enemy multiplies kisses.

Enemies do not care if you are on the wrong path, nor do they care if you are getting bad advice.  Enemies will flatter and encourage you when what you need is wise counsel. Wise counsel that is sometimes difficult to hear; “wounds from a friend can be trusted.”

If we have a network of trusted people we can remain on the path that will bring us a fulfilled and meaningful life. God knows what we are like so He calls us to relationships with each other and to NOT outsource this to any other entity.

8 If we claim to be without sin, we deceive ourselves and the truth is not in us. 9 If we confess our sins, he is faithful and just and will forgive us our sins and purify us from all unrighteousness. 10 If we claim we have not sinned, we make him out to be a liar and his word is not in us.

We need to maintain awareness of our weakness; the places where we fail.  Living a lie does not work. The Progressive world view outlines things that, while intended to create happiness, achieves just the opposite.  The godless philosophy that underlies the Progressive world view denies God, denies Christ, and denies the need for a Savior. The end result is not happiness.

The Parable of the Lost Coin

8 “Or suppose a woman has ten silver coins[a] and loses one. Doesn’t she light a lamp, sweep the house and search carefully until she finds it? 9 And when she finds it, she calls her friends and neighbors together and says, ‘Rejoice with me; I have found my lost coin.’ 10 In the same way, I tell you, there is rejoicing in the presence of the angels of God over one sinner who repents.”

We also need to share our joy with others as it multiplies our happiness. I would maintain that rejoicing with friends via social media is one of the positive aspects of this media.  I have been able to pray with and for my friends, celebrate life events with them , encourage them and more.

“To get the full value of joy you must have someone to divide it with.”
― Mark Twain

I believe social media can isolate, but it can also unite and be used for good purposes.

Pastor Zelt ends by sharing the definition of a catfish. A catfish is someone who pretends to be someone they’re not using Facebook or other social media to create false identities, particularly to pursue deceptive online romances.

A different persona on the Internet than one has in reality. I think that is easy to fall into so we must constantly be reminded who we are in Christ.

God is not a catfish.  He cannot be seen so you might ask yourself how can you know what He is really like?  Pastor Zelt points out: You can see Him in the person of Christ. Christ told us what God is like: He sticks closer than a brother, He loves at all times, He can be trusted and He says rejoice with me.

Finally, a study from Germany  showed that belief in God does not decrease loneliness, it is your understanding of who God is that decreases your loneliness.

Does God love you?

13 Greater love hath no man than this, that a man lay down his life for his friends. 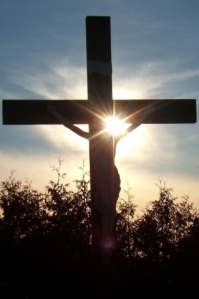